How playing cricket impacts on the feet

As with any sport involving running, repetitious actions can lead to stresses of all kinds. There are forces of high impact on the structures of the feet – the toes, ankles, muscles, ligaments, tendons and the bones that support the feet. These forces can be two to three times our body weight so it is easy to appreciate the damage that can be done. Other stresses may be a result of ill-fitting shoes and socks.

Potential problems and when to seek the help of a Podiatrist

Pain in the lower back may be an indication of improper gait during actions like bowling, or of structural limitations such as limb length discrepancies (one leg longer than the other).

Pain in the toes

Black and blue under the nail (subungal haematoma) may be a result of an inappropriate fitting shoe; it is not uncommon to cut a hole in the toe box area, but this is not recommended as it changes the mechanism/function of the shoe and may result in other problems

Pain in the bottom of the foot (arch area)

Plantar fasciitis Pain can be mild to severe and is likened to a feeling of tearing under the skin in the arch while standing. It is usually noticeable in the mornings after rest, but sometimes it can be worse after a game or training session and may or may not involve discomfort in the heels.

Pain in the heel

Heel pain is sometimes accompanied by arch pain but can also occur in isolation. The pain is usually noted in the heel area on standing after rest and sometimes only noticed after playing. This can be as a result of over use, poor biomechanics or due to the equipment not functioning correctly or being too worn to function properly, such as a spike protruding in the sole of the shoe.

This problem may be due to rubbing from inside the shoe, inappropriate shoe fitting or poor landing during the delivery of the ball whilst bowling. 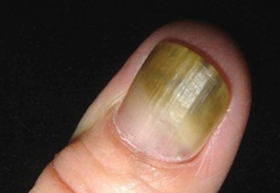 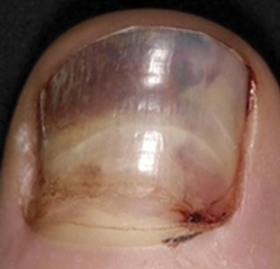 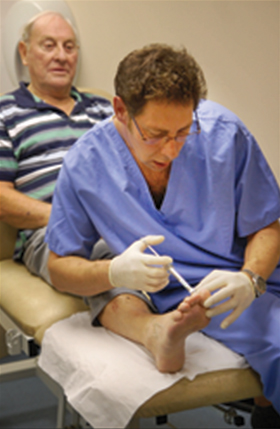